How Can YOU Change the World? 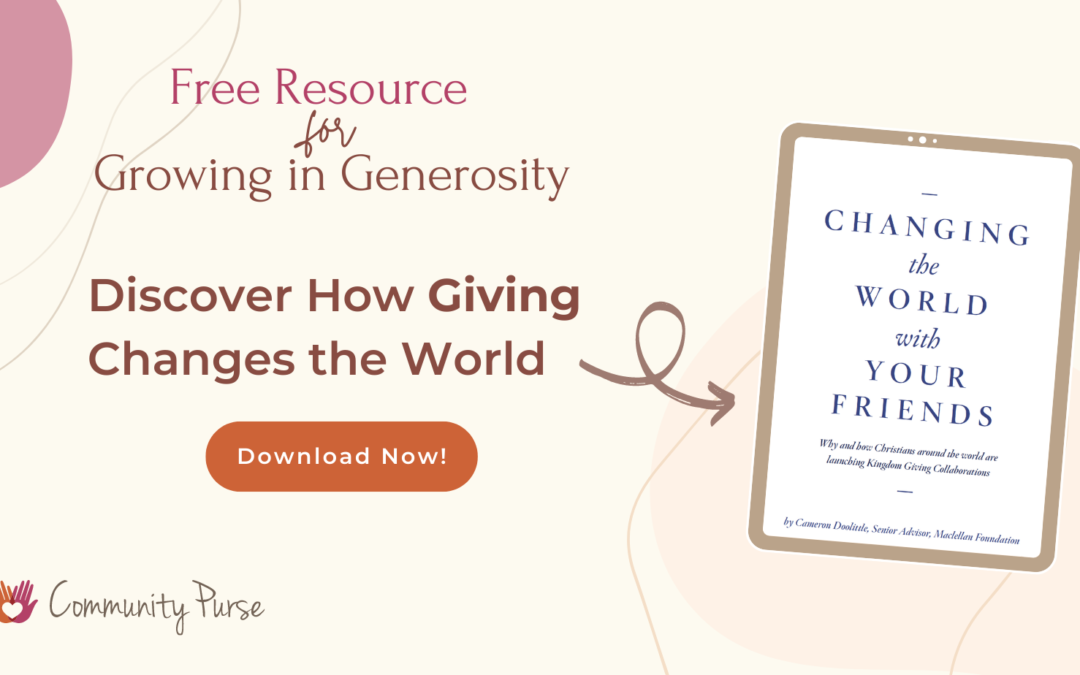 Community Purse is honored to be included in this new resource provided by The Maclellan Foundation, a timely and helpful guide to collaborative Christian giving based on biblical principles.

Check it out to see how Carolyn Dun, founder of Community Purse, and the organization’s mission are featured:

As Carolyn Dun walked her dog to the park and cycled on the Des Plaines River Trail, she found herself repeating a request in prayer—“God, show me how to engage local women in spreading generosity in our community.” Carolyn read How to be Rich by Andy Stanley, and was inspired by many of the observations, but especially by this sentence:

While Christianity had none of the conventional strengths required to start a movement, its appeal and influence can be traced to an unexpected source: generosity.

Soon after, she read an article in the newspaper and saw a post on Facebook about a women’s giving circle. She was struck by the simplicity and potential for generosity in the model. After researching it, “the Holy Spirit prompted me to start a Christian giving circle,” Carolyn says. “I said, ‘Lord, if this is your will, I’ll ask my girlfriends and see if they want to launch this.’” Carolyn met with four close friends and shared the model for a giving circle: 100 women each giving $100 to a local charity four times a year. Each quarter, three charities would present and the women would vote on which one should receive a $10,000 grant. They all said, “Yes.”

Within months, the Community Purse meetings drew 125 women. As some members moved elsewhere, they took the concept with them, starting Community Purses in other cities.